Background: The effect of kinesiophobia (fear of movement) following an anterior cruciate ligament injury (ACL) has recently received great attention. However, the relationship between kinesiophobia and peak vertical ground reaction force (VGRF) in ACL reconstructed (ACLR) and deficient (ACLD) individuals has not been investigated.
Methods: Forty male patients (20 ACLR and 20 ACLD), 24 months post-ACL injury, who had completed post-injury/operative rehabilitation, participated in this cross-sectional study. Participants completed a drop vertical landing task on force plate while the VGRF was recorded. Participants also completed the TSK-11 (kinesiophobia) questionnaire.
Results: Associations between peak VGRF and the TSK scale were made with Pearson correlation coefficients; significant relationships were defined as p≤0.05. The average peak VGRF was 2.67 ± 0.28 and 2.68 ± 0.17 (mean±SD) %bodyweight and the TSK value was 33.45 ± 4.6 and 31.60 ± 3.40 (mean±SD) for ACLD and ACLR groups, respectively. There was a significant negative association between poorer responses on the TSK scale and peak VGRF in the ACLD group (r=-0.58, p=0.007) but not in the ACLR group (r=-0.31, p=0.17).
Conclusion: This study found greater kinesiophobia to be associated with a lower peak VGRF in the ACLD group during the landing task. It seems that ACLD individuals unload their injured limb because of fear of movement. These results suggest that in ACLD individuals with high kinesiophobia, cognitive training should be incorporated into their rehabilitation program to improve landing mechanics. Future studies are needed to assess whether these relationships play a role in developing osteoarthritis over time 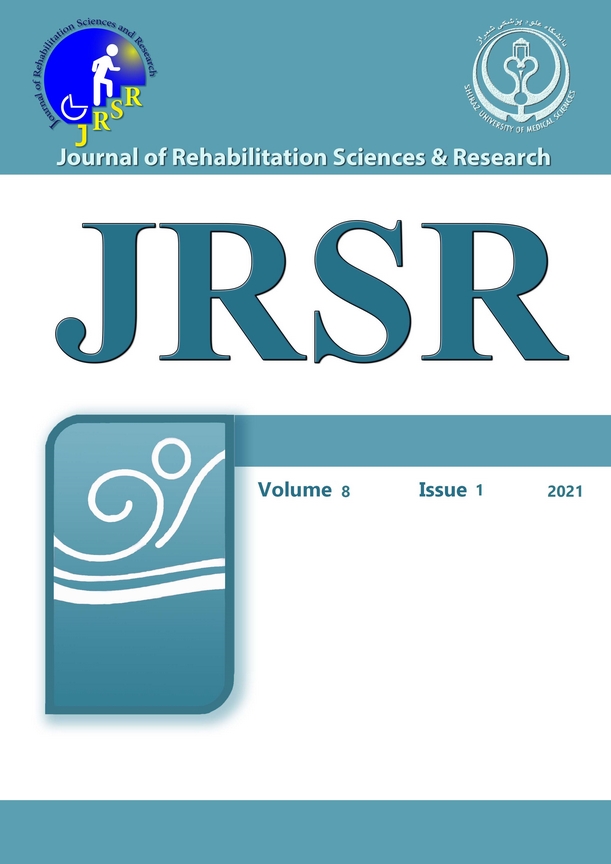