Background: Urinary Stress Incontinence (SUI)is the most common type of urinary incontinence among the young and middle-aged women, which occurs due to weak pelvic floor muscles and urethral sphincter in addition to many other factors. The objective of the research was to assess the effect of biofeedback versus functional electrical stimulation in the treatment of SUI.
Methods: In this study, 30 married women affected by SUI were selected randomly. The participants were divided into two equal groups and treated during 15 weeks with 1 session per week. The changes in SUI severity and their satisfaction were assessed by ICIQ-SF Questionnaire, and the rate of urine leakage was measured by applying Pad Test. Data were recorded and analyzed using SPSS Version 19 software. Specifically, Paired t-test, Independent t-test, and Mann-Whitney test were utilized.
Results: The results revealed that the mean quantity of urinary leakage, maximal PFM force, and ICIQ Score did not have significant differences in both groups (p>0.05). However, there was a significant difference between biofeedback and FES group post-treatment regarding the quantity of urinary leakage (p<0.05). Patients in the biofeedback group expressed more satisfaction and improvement than those in the FES group.
Conclusion: Both treatment methods were effective in the treatment of SUI. However, biofeedback proved to be superior  in reducing the quantity of urinary leakage. Further, because of a higher degree of patients’ subjective satisfaction and improvement with biofeedback, this method of treatment is recommended. 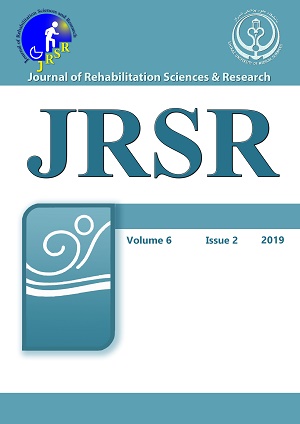